Through our publications and access to events, Torino Economics has established itself as a trusted source of economic analysis for Emerging Market investors globally. We are routinely quoted in the press in developed countries and in the markets we cover. We have also established a reputation for our unbiased analyses that are rooted in economic theory and for “telling it like it is,” converting us into a source of reflection for senior policymakers.

Currently, Torino Economics is revamping its focus and offers to serve our clients and their changing needs better. Primary changes include a shift of coverage to under-covered countries, expanded geographic coverage outside of LatAm, and incorporating ESG (Environmental Social and Corporate) elements in our analyses

Torino Economics provides timely daily and weekly bulletins with news highlights from across the LatAm region, via LatAm Today and LatAm Wrap, straight to our clients’ emails.

When significant events occur, it is necessary to understand the possible immediate implications. We provide separate reports with our first view on the most recent political and economic developments, information on current accounts, and other relevant economic and ESG developments.

We offer weekly (lists of bonds) and monthly (financial reports) updated information on sovereign and corporate bonds across emerging markets and indicators that can help understand their behavior and improve the understanding of investors and traders. Financial reports provide a summary of the week’s leading events and monitor the most relevant economic indicators to measure the performance of regional markets. We also follow the list of the most relevant bonds of LatAm countries, showing the countries’ sovereign and corporate yield curves and the list of new bonds issued during the week. 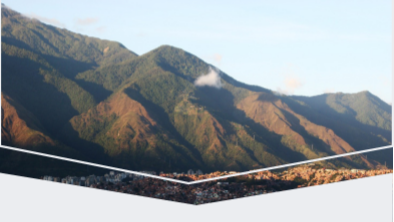 Our Caracas-based team provides background analysis for our reports as well as logistical support for our events in the region. Our on-theground capabilities give us a unique perspective on developments in economies where first-hand insights are vital to make successful investment decisions.

In 2020, during the negotiations that Argentina held with its bond creditors, we mentioned that it was necessary for both the government and bondholders to give in to their claims. During these negotiations, bondholders expected a Net Present Value of approximately USD 56.5, while the government proposed USD 52.5 in its penultimate offer. The NPV of the last proposal was USD 54.8 per 100.

For the last presidential elections held in Bolivia on October 18th, 2020, we estimated that Luis Arce would lead in the first round and that a second round would be possible. Although the Bolivian elections did not go to a second round, Arce did win the elections.

Ecuador reached an agreement with an ad hoc group of bondholders on the commercial terms to restructure around USD 17.4bn of the country’s bonds. The main goal of this debt deal is to exchange ten existing bonds maturing between 2022 and 2030 for three new bonds due in 2030, 2035, and 2040, reducing the average coupon rate to 5.3%, according to a statement by the Minister of Finance, Richard Martínez.

Torino Economics generates its own forecasts regarding the economic variables of the countries we are focused on, and expose our perspectives regarding how these behave.