On average, each of Torino Capital’s senior managers has over 20 years of experience in financial markets, with focus on Emerging Markets. 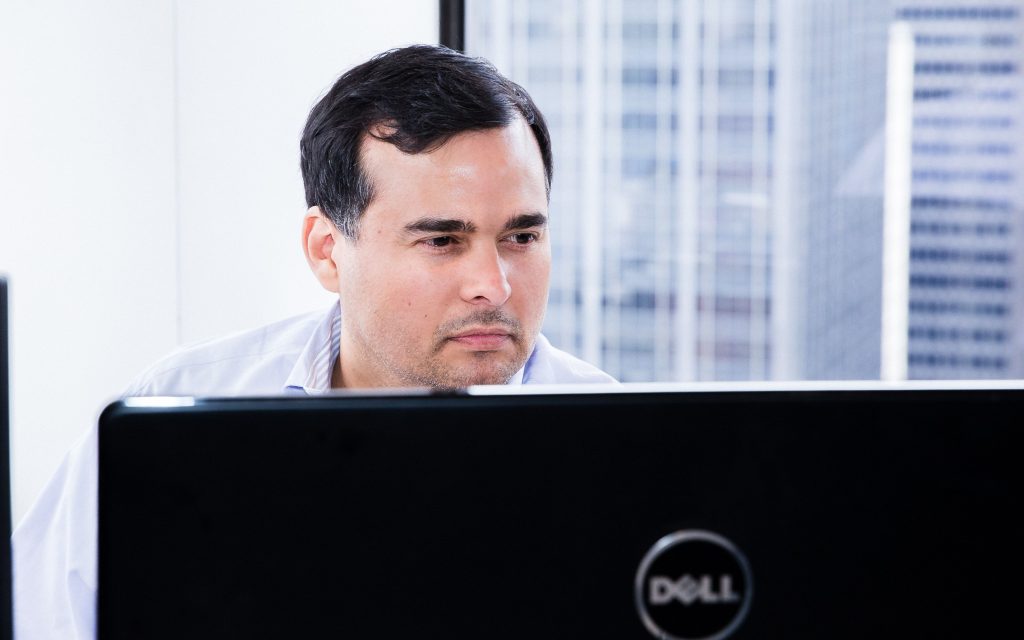 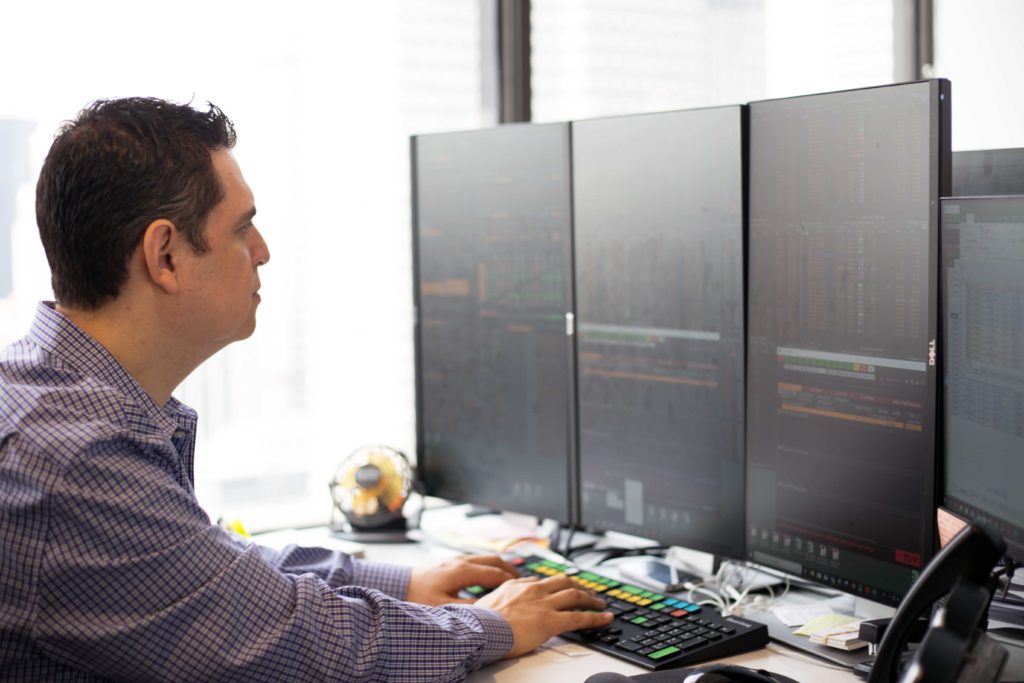 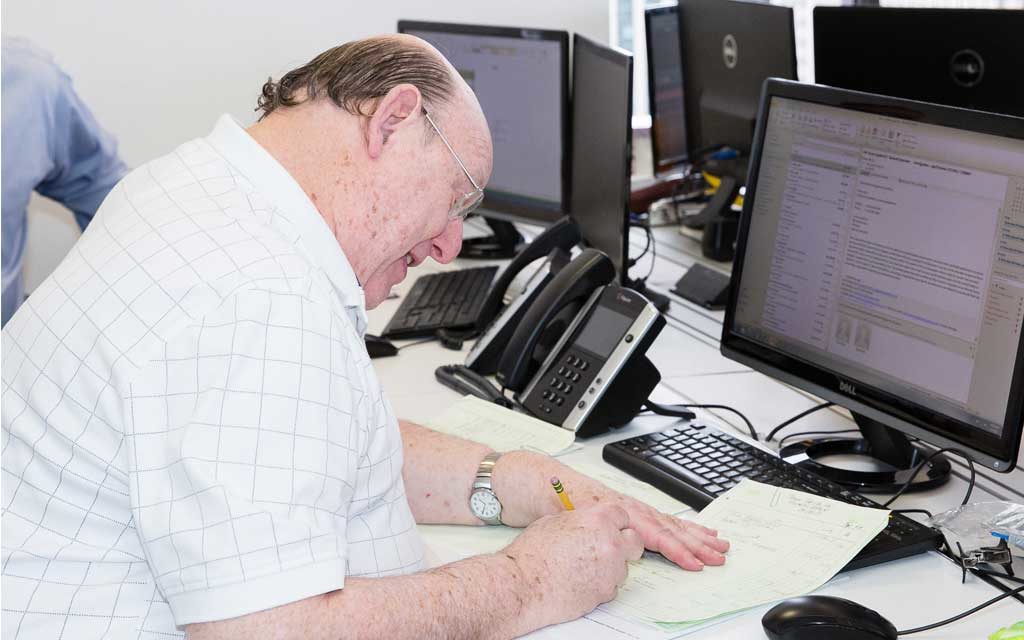 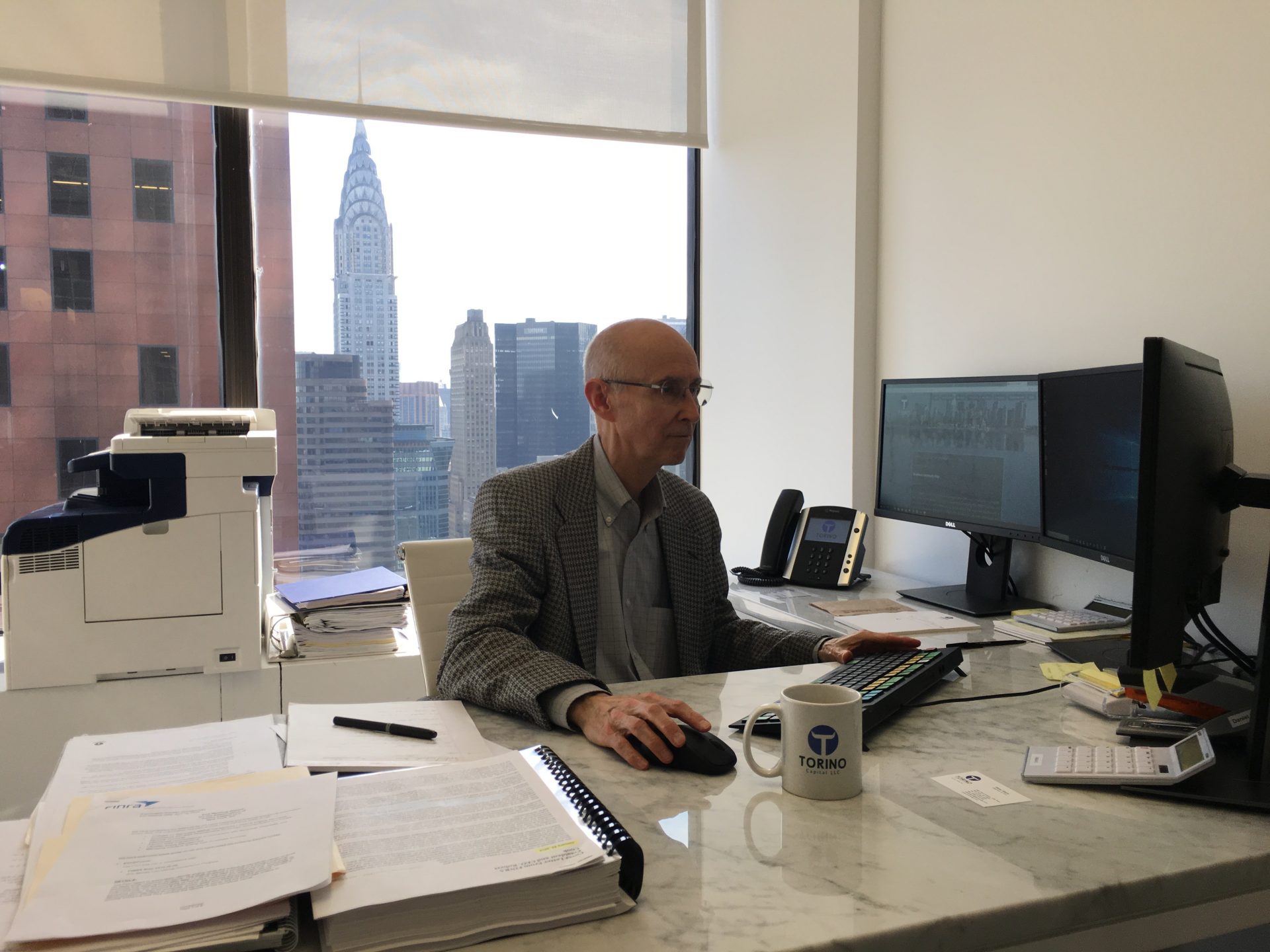 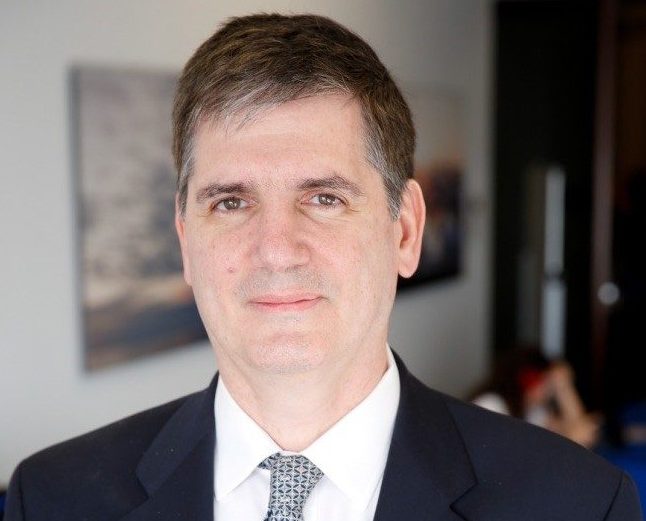 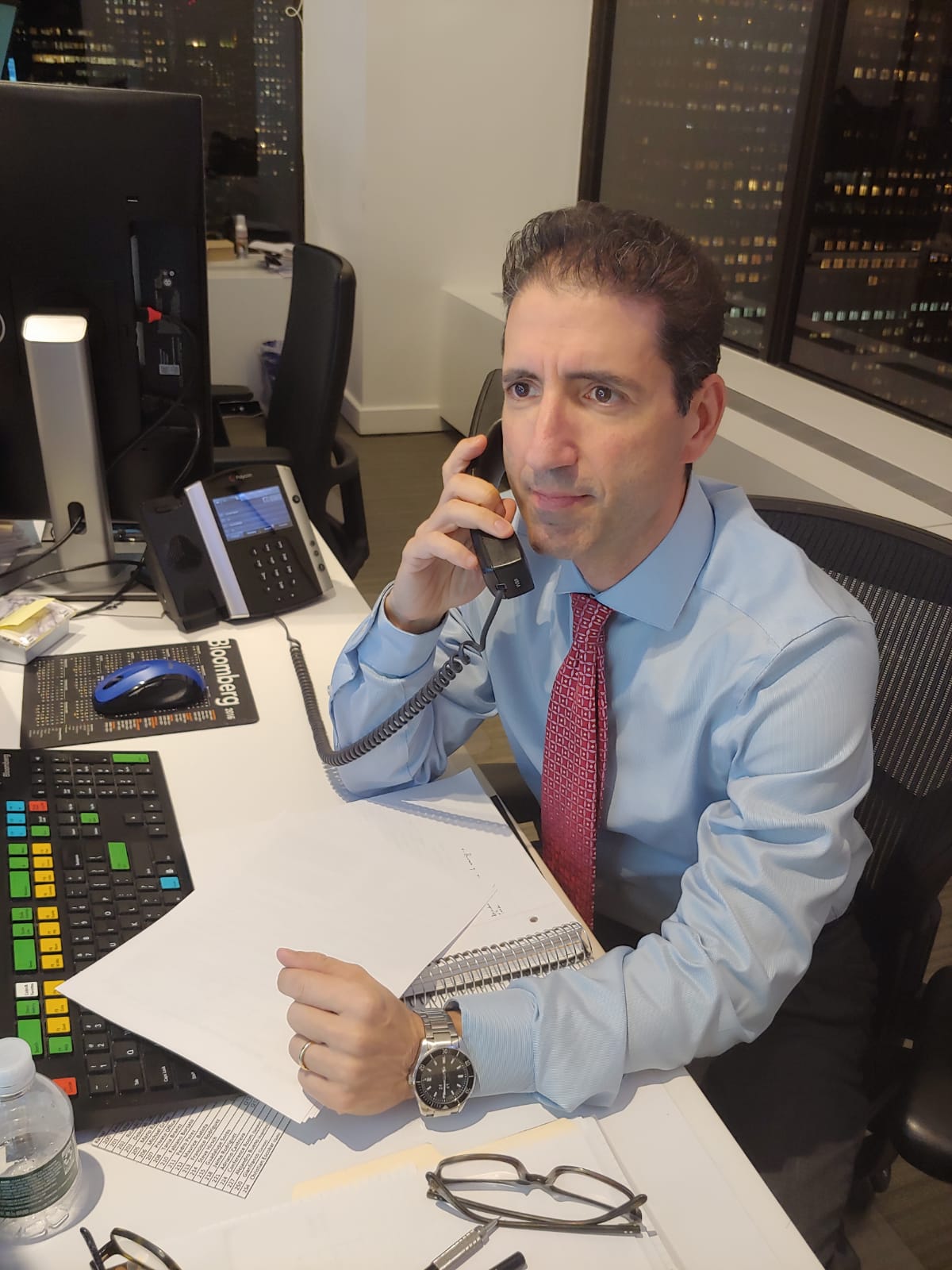 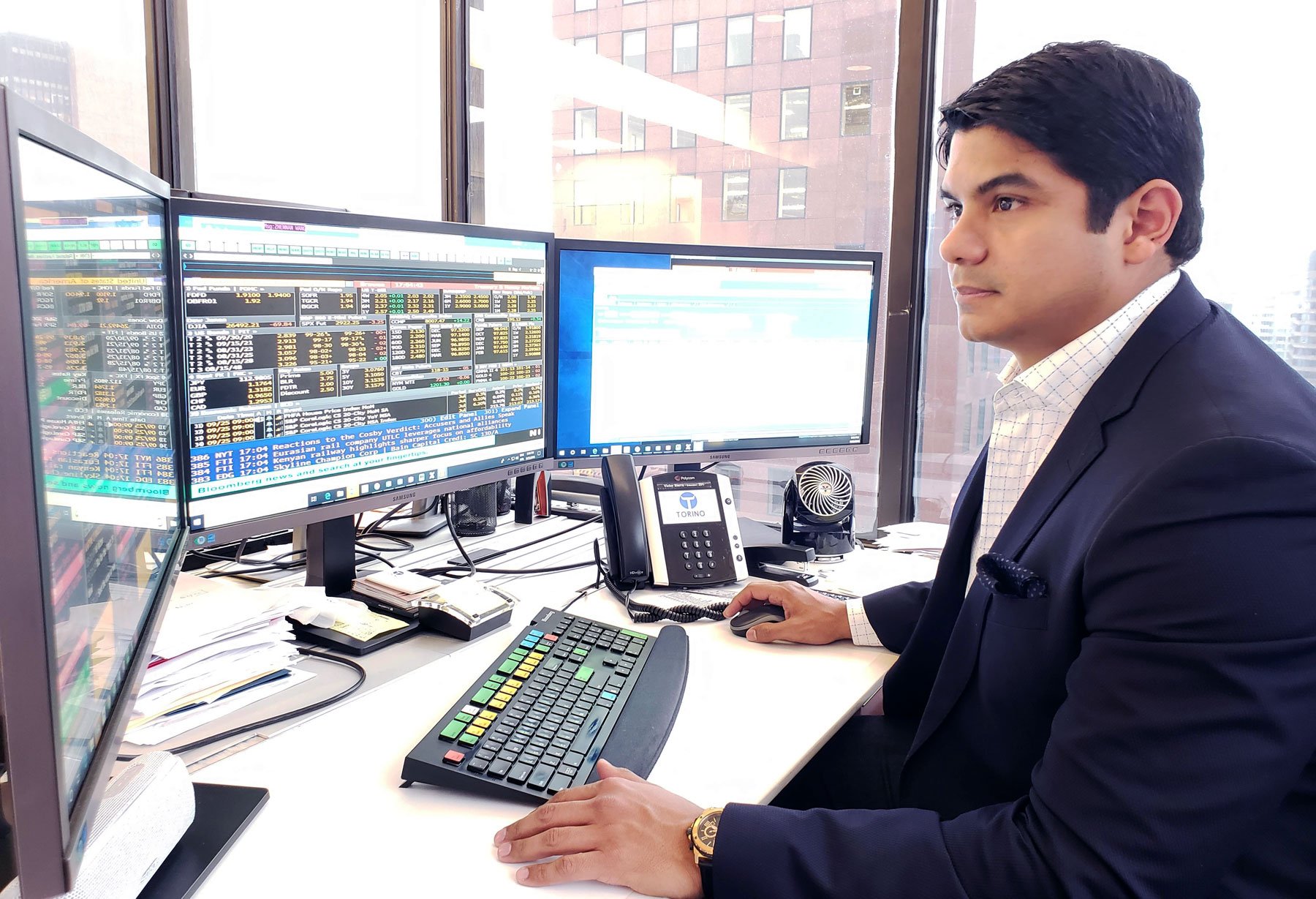 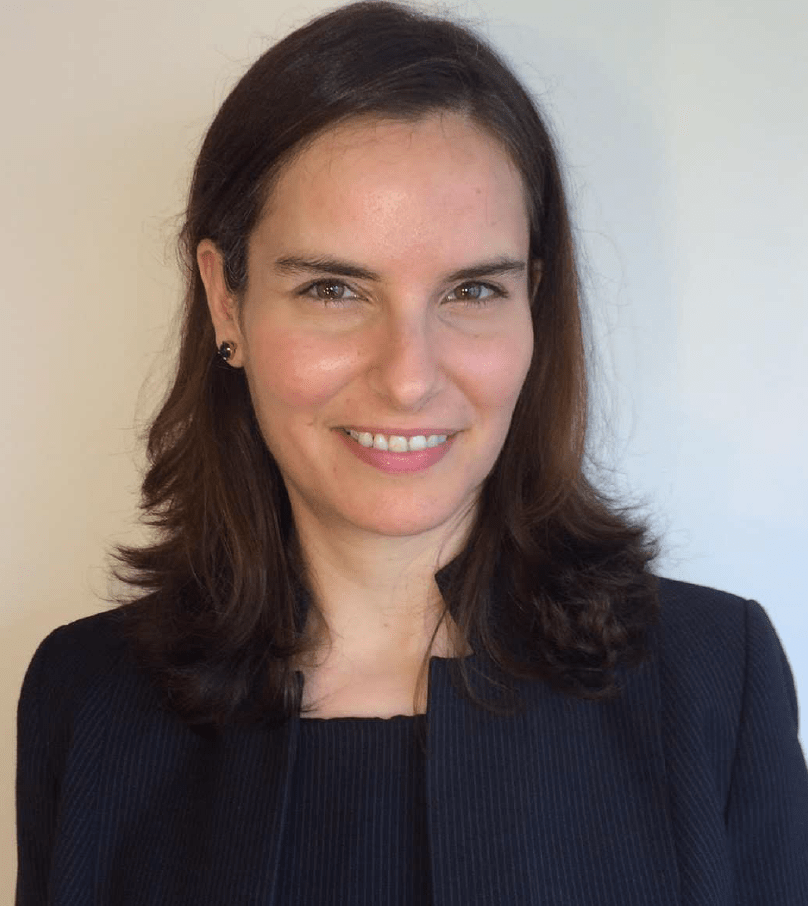 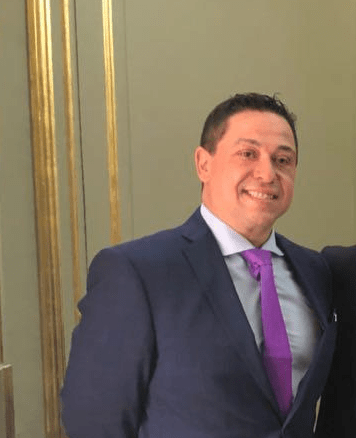 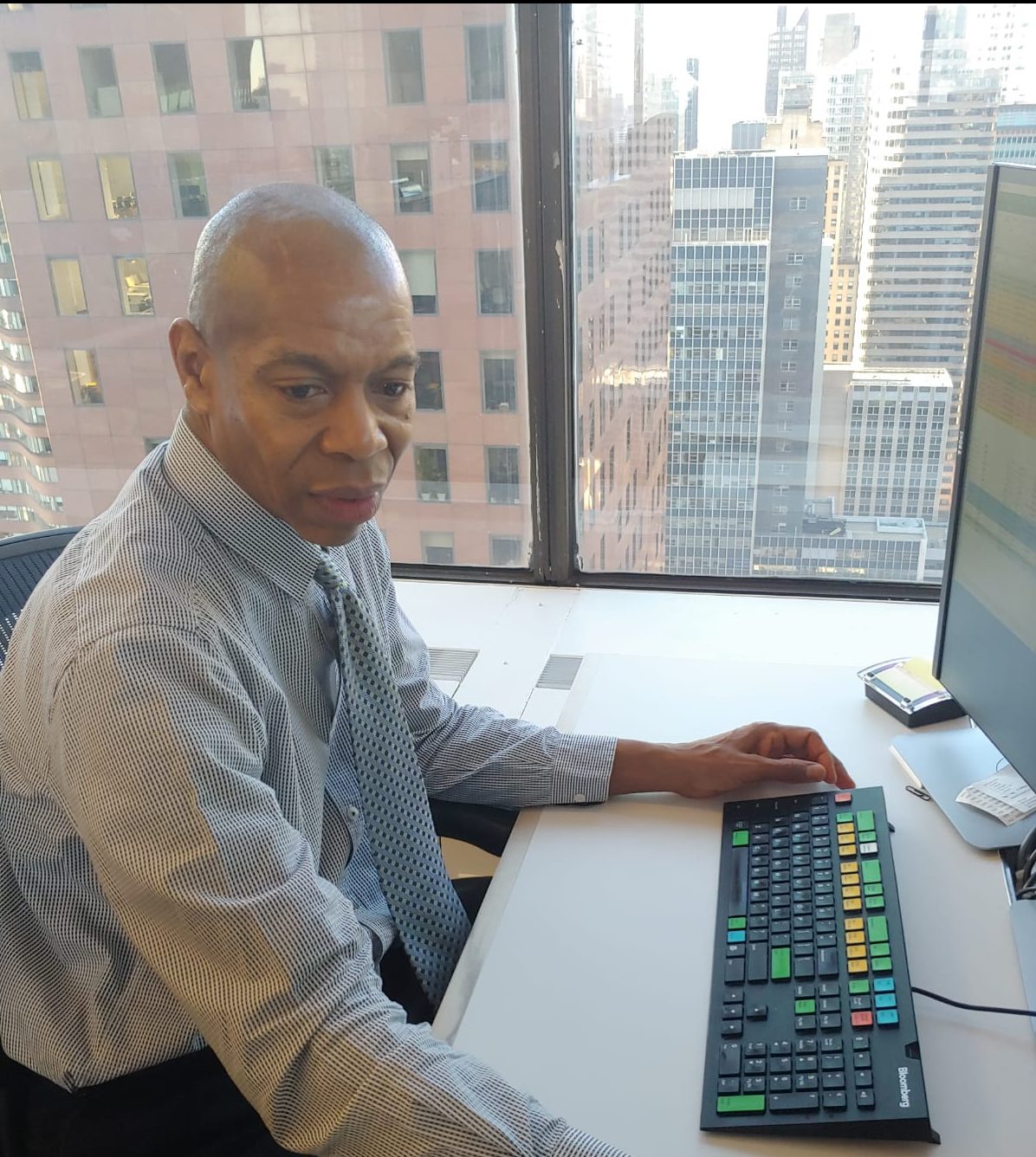 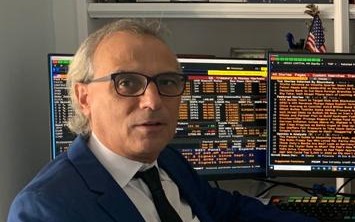 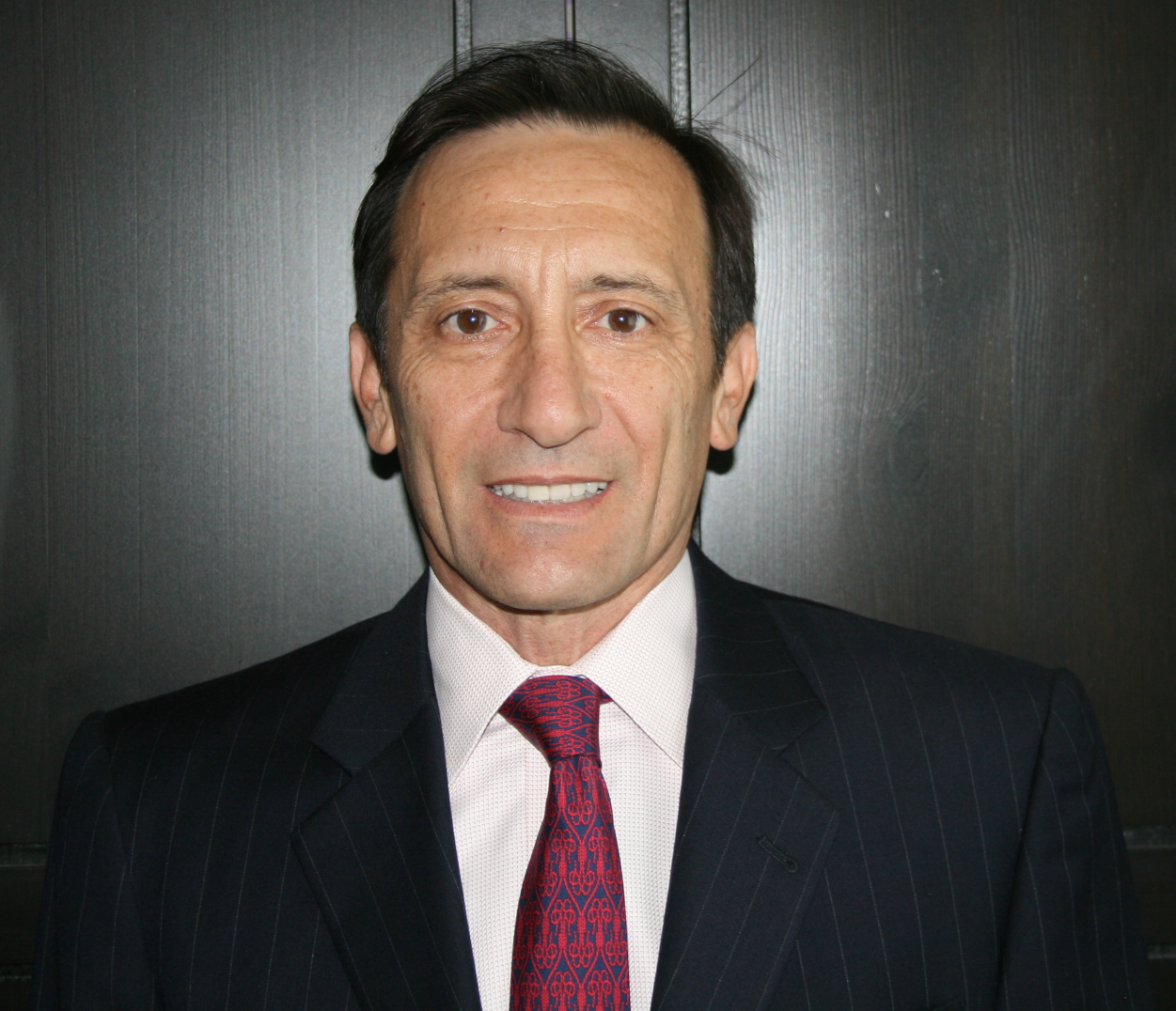 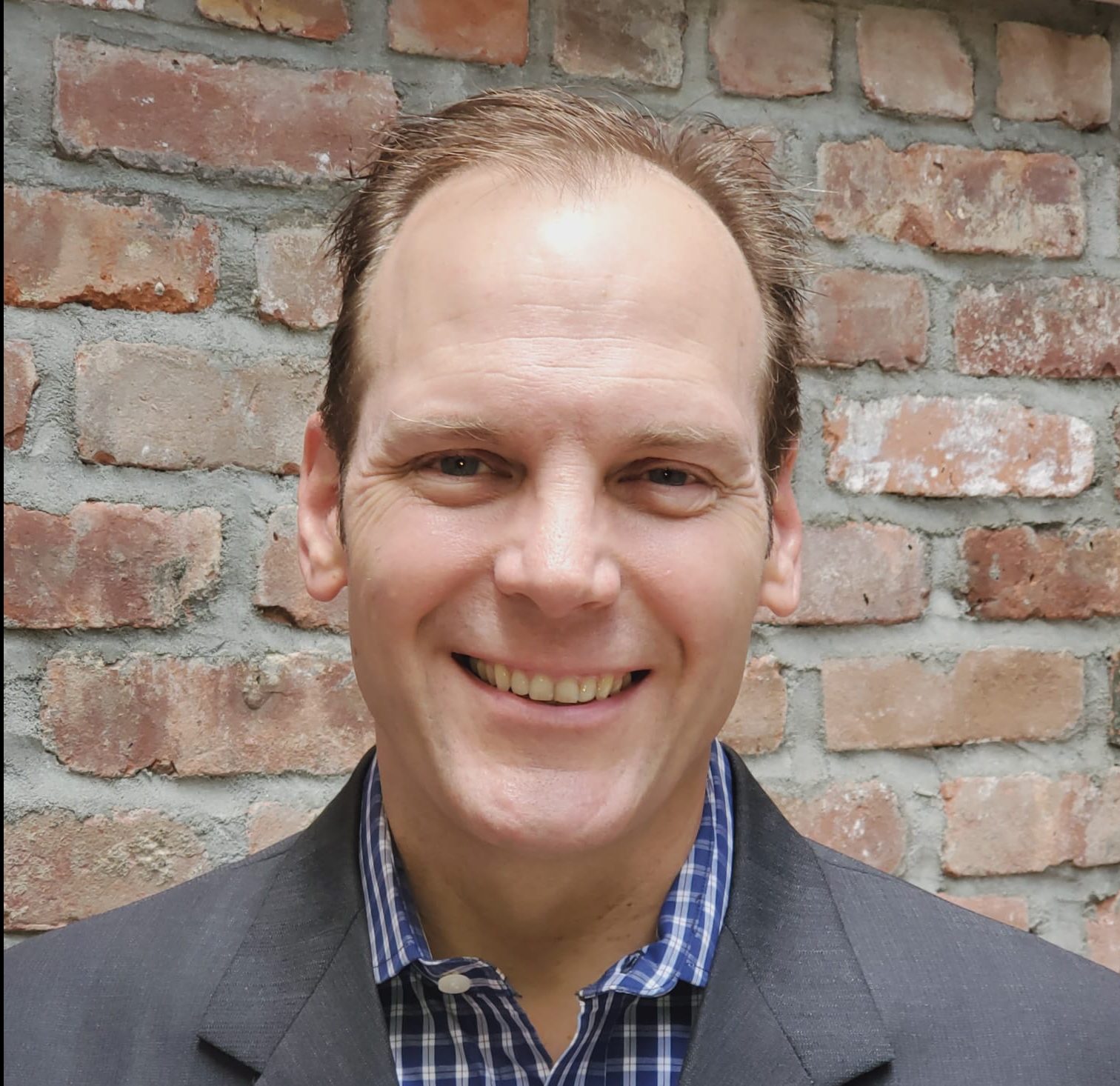 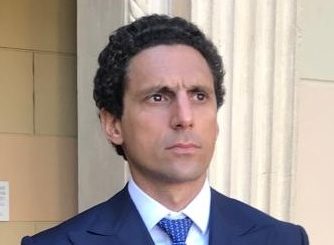 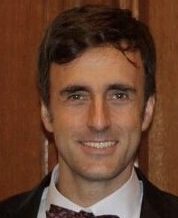 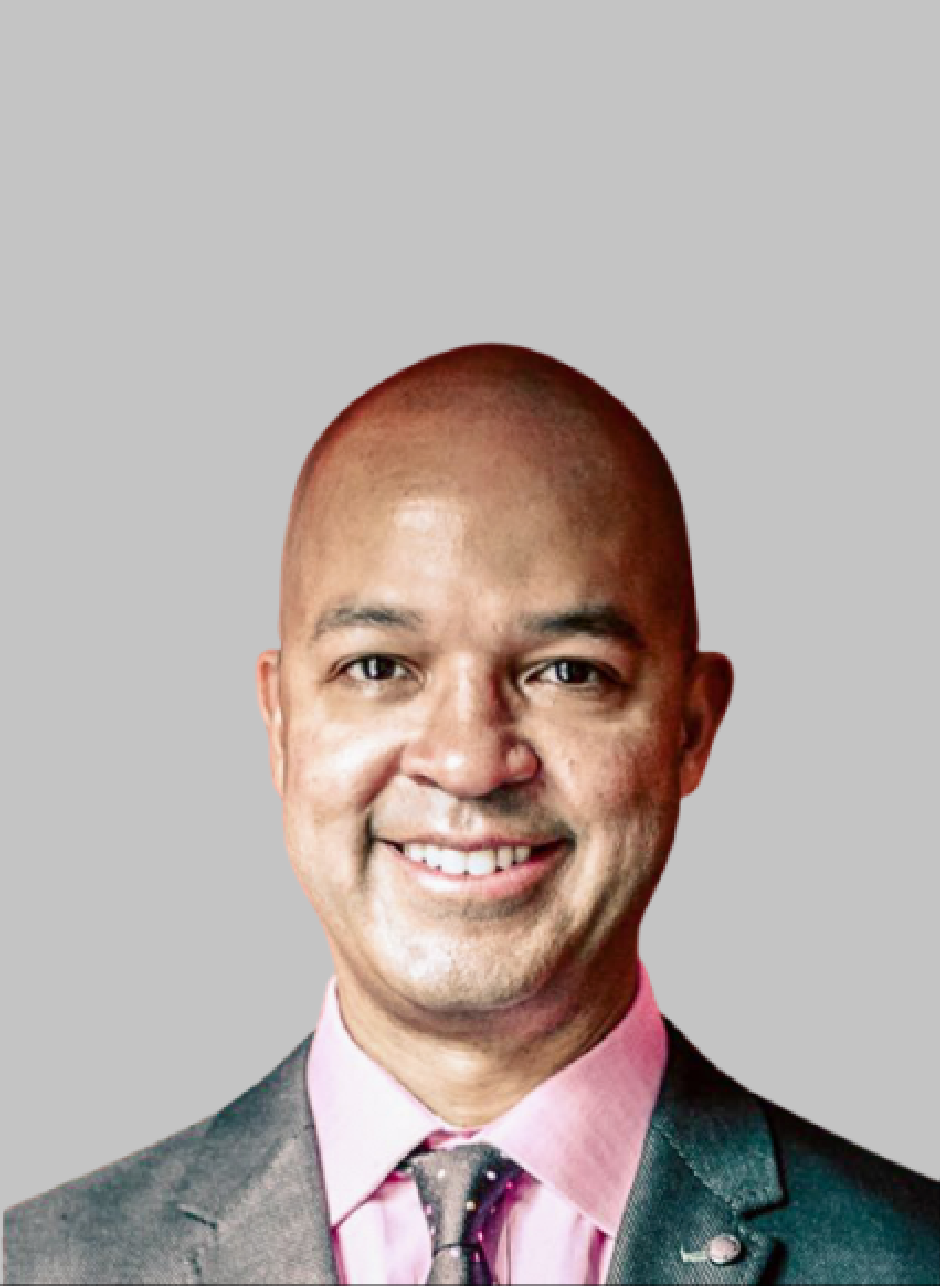 Mr. Sierra, a founding partner, has more than 26 years of experience in the Financial Markets. He worked for ten years at ABN AMRO Bank in New York, first as a trader for the EM Latin American Portfolio and later as Director for EM Fixed Income Sales for Latin America.

Mr. Sierra subsequently moved to Dresdner Kleinwort and headed the EM Retail Solution Team for the Americas. In addition to his leading role at Torino, Mr. Sierra is deeply committed to the region and participates in various political advisory and regional developmental groups. He is recognized by Torino clients as a valuable resource providing investment insights into the region.

Mr. Borsato has over 15 years of experience in the areas of compliance and operations in the investment banking and insurance industries in Brazil and the United States. He holds life and health insurance licenses from New York State and FINRA securities licenses: series 3, 7, 24, 27, 30, 31, 34, 63, 65, 66, 79 and 87. Mr. Borsato is a graduate in Business Administration from Faculdade Anglo Latino in Brazil and has pursued select programs and courses at various higher learning institutions including the University of Melbourne, University of Geneve, The Wharton School and Johns Hopkins.

Mr. Hirsch has been in the financial services industry for more than 55 years and serves as Torino’s CFO and FINOP. Previously, Mr. Hirsch worked for Checkers, Simon and Rosner, a CPA firm in Chicago as a senior supervisory auditor. His audits included broker-dealers and market making firms. He began his career as a junior accountant and internal auditor for Bache & Co. Mr. Hirsche is a graduate of Pace College.

Craig Sweetra has over 40 years of experience in wholesale and investment banking. He is experienced in the trading, operations, audit and most recently compliance functions. Besides working in New York, he has been based in Frankfurt and Mexico City. While an auditor he traveled worldwide as part of an international audit team. He has over ten years of experience in the compliance function and currently has series 7 and 24 licenses.  He completed his undergraduate degree at Georgetown University School of Foreign Service and pursued select courses at the New York University Graduate School of Business Administration.

For over 25 years Mr.Korngold has been working in the international financial market. Through Banco Bozano, Simonsen he was a fixed income trader for emerging markets at Latinvest in London from 1993 to 1996. He moved to New York in 1996, where he was responsible for Bozano’s brokerage in New York and Miami.

For Santander in NY from 2000 to 2012, in the area of International Fixed Income with specialization in Emerging Markets, he was Sales Manager, executive director, and head of EM sales. From 2012 to 2014 he was head of Emerging Markets sales at Bank of New York. Subsequently, he worked at Cantor, Fitzgerald from 2014 to 2019 also in the area of Fixed Income sales. From July 2019 to July 2020 was at Planner Securities in New York, responsible for the Fixed Income trading and sales area.

Mr. Korngold holds a postgraduate degree in Business Administration and a degree in Civil Engineer, both from Mackenzie University in SP.

For over 25 years Mr. Espirito Santo has been providing valuable insights and perspectives to investors in the emerging markets fixed income, FX, local rates, derivatives, structured products and alternatives space.

During his career, he developed successful emerging markets fixed income distribution businesses for market players such as Paribas, UBS, Commerzbank, and Credit Agricole. He was also responsible for executing Santander’s key LatAm FX and local markets business build-out to U.S. clients before moving to BBVA, where he became Director and Head of Sales for EM Fixed Income, Fx and Local Markets.

Mr. Espirito Santo holds an MBA from Columbia Business School and a BA in Economics and Business from Lafayette College.

Mr. Escobar is Torino Capital’s local representative in Ecuador and is responsible for business development and origination. Previously, Mr. Escobar was a financial advisor at Morgan Stanley–where he created customized investment management strategies for private individuals and high net worth clients. Mr. Escobar also worked at Citizens Bank and Eastern Bank prior to joining the Torino Capital team.

Mr. Escobar holds a B.A. in Economics from the University of Massachusetts, Boston and a Master’s Degree in Management from Harvard University.

Mr. Escobar is based in Guayaquil, Ecuador

Ms. Guadalupe has 15 years of combined Energy & Finance solutions experience. Before joining Torino, she worked in the Financial Restructuring group at Houlihan Lokey focusing in the Energy sector. While there Ms. Guadalupe advised companies and creditors on financings, M&A transactions, pre-arranged reorganizations, and Chapter 11 bankruptcy cases.

Earlier in her career, Guadalupe was a Credit Derivatives Structurer at HSBC, where she executed structured transactions making use of derivatives, special purpose vehicles, ring-fenced structures and arbitrage opportunities.

She holds an MBA from Columbia Business School and graduated as an MS in Economics of Oil and Gas and as an Industrial Engineer from Instituto Tecnológico de Buenos Aires (ITBA).

Mr. Sanchez has 20 years of experience in the financial markets whereby he started his career at Laidlaw Global Securities as part of the Institutional Sales and Trading team covering Latin American and European institutional accounts.

He then moved on to Westminster Securities where was he was part of the NYSE floor trading and NASDAQ market-making team handling institutional clients globally. This was followed by positions at Latam securities, Tullet Prebon, and Rock Center Capital Partners, where he worked in the areas of equities, derivatives, structured products and risk arbitrage.

Most recently he was Director of Sales at iintoo where he spearheaded the sales in private placements of commercial-grade real estate offerings. Mr. Sanchez is fluent in Portuguese and Spanish, and besides his expertise, this was also instrumental in expanding their presence, not only in the US but throughout Latin America. Mr. Sanchez holds an MBA from Binghamton University.

Thornton has over 25 years of experience in capital markets – especially fixed-income government and corporate issues, financial services, and emerging markets.

Over the course of his career, Thornton has experience in monitoring TRACE reporting for fixed income transactions including analysis of anomalies, enhancing workflows and responding to regulatory inquiries. He has expertise in optimizing account opening and other support functions. He has enhanced trade processing workflows to improve automation.

Thornton holds a B.S. in Business Administration from the University of Maryland.

Mr. Seoane has an ample of 17 years under his belt related to the financial market, institutional sales, and bond trading. His primary goal was to engage himself with only renowned financial institutions, and fortunately, he was chosen by many banks to work as a financial consultant over the years.

He worked as a financial consultant in the Latin America team at UBS, whereby he helped the team to handle all bond trading and instructional sales-related tasks at Jesup & Lamont INC.
Then he moved to LEK Securities to work as a bond trader for major clientele of the institution.

He holds a bachelor’s degree in Economics from the University of Montevideo, Uruguay.

Mr. Amoresano is a strategic deal originator with 20+ years of buy-side and sell-side expertise in emerging markets across asset classes, including special situations and distressed assets. Savvy in identifying and analyzing opportunities in emerging markets; managed $3B in positions around the world.

Mr. Balinskas has 20 years of global, full capital structure research experience. He started out in the credit department of Westdeutsche Landesbank and went on to Bear Stearns where he focused on distressed EM corporate debt. He was later an analyst at Anew Capital, a top-performing, South Asia-focused fund; Caerus, a geographically and asset class-agnostic EM-oriented investor; and ESCP, a Ukraine-oriented asset management firm.

He maintains his FINRA Series 7, 24, 63, 86, and 87 licenses. Stephen obtained a joint MBA/MA from the University of Connecticut and the Ecole Supérieure de Commerce de Lyon (France).

Marcelo Bernstein has been working in the financial market for more than 22 years. Marcelo joined Southstone Capital on 28 October 2018 as an entrepreneur and investor. As an Argentina debt-restructuring advisor he put his whole emphasis on distressed debt, asset-backed lending, and complex high yield situations. He has been initiating, structuring, and distributing well-designed lending deals in EM, thereby offering a boost in its turnover rate.

In 2016, Marcelo joined Morgan Stanley, NY, as an Executive Director of Latin America Sales & Origination. He led a team of experts and generated turnover for the company while working with various financial industries and client bases. Before that, he was an active director of Deutsche Bank in New York. The bank hired Marcelo as a senior structurer to deal with Latam and Caribbean structuring. He recruited talented team members and oversaw the Brazil team. He handled multiple asset classes for the banks such as Indices, financing, Rates, F.X., and Credit.

Marcelo Berenstein graduated in Economics in 1999 from Universidad de San Andrés, one of Argentina’s top-rated economics and business school. He is a native Spanish speaker who is fluent in the English language.

Mr. Di Flumeri is responsible for business development, the profitability of relationships, and the organization for Venezuela and Latin America. He also performed as a part of the Institutional Sales, Trading, and Advisory Team of Torino for Latin America Emerging Markets fixed income securities.

Prior to his journey with Torino, Mr. Di Flumeri was the owner and director for more than 20 years of one of the largest and oldest home furniture manufacturing companies in Venezuela – Muebles Brianza – and at the same time he carried out rental operations of his own assets in the real estate market, activities that allowed him to comprehensively develop his managerial and entrepreneurial skills.

On his first steps as a professional, after obtaining his University Degree of Business Administrator at The Andres Bello Catholic University in Caracas, he worked for 6 years as a Senior Financial Consultant at Deloitte & Touche Venezuela, with an important corporate portfolio assigned, both local and international companies and institutions, where he acquired sophisticated knowledge on inflationary economies, execution of Business Plans and Financial Statements projections, what also led to acquiring and developing valuable human networking with the business environment.

He started his career in 1984 at First Boston in corporate finance and subsequently held positions at institutions including Sumitomo Bank, Cantor Fitzgerald, Williams Capital, and Drexel Hamilton. Mr. Simmons’ long career has spanned both banking and institutional sales.

Mr. Simmons graduated from Amherst College with a Bachelor of Arts Degree in Asian Studies. He spent two years studying abroad in Japan where he attained a black belt in Karate and Craig began his early career developing and maintaining Japanese institutional investors’ clients.